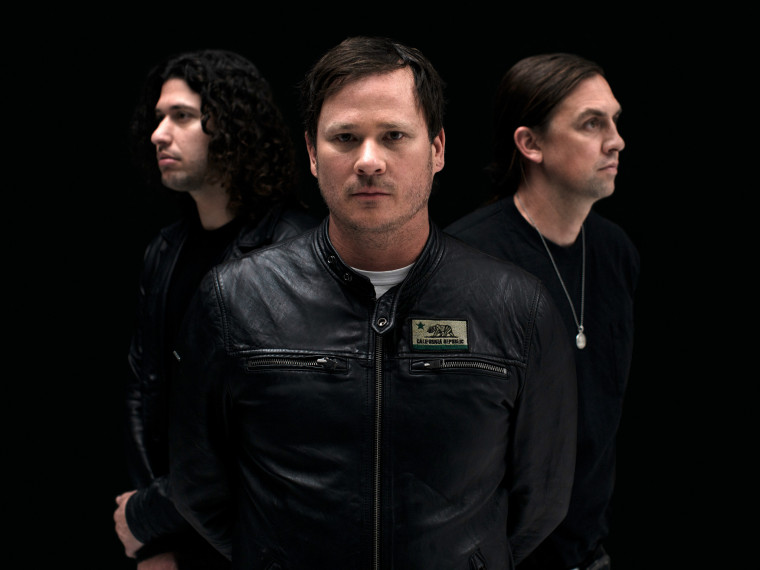 It’s been seven years since multi-platinum rock band ANGELS & AIRWAVES have played live and three years since they’ve released new music. The long wait is finally over with the announcement of a 2019 tour and the release of “Rebel Girl” (Rise/BMG), the first single from a highly anticipated upcoming album.

This September 4th – almost seven years to the day of their last performance (which was September 2, 2012 in Bologna, Italy), ANGELS & AIRWAVES (guitarist/vocalist Tom DeLonge, guitarist David Kennedy and drummer Ilan Rubin) will kick off a long-awaited North American headline tour with a show in Phoenix, AZ.

DeLonge, a founding member of seminal pop punk band Blink-182, formed Angels & Airwaves in 2005. A year later came debut album We Don’t Need To Whisper, which hit No. 4 on The Billboard 200 and featured Top 5 modern rock hit “The Adventure.” 2007’s I-Empire followed, hitting No. 9 on The Billboard 200 and featured rock radio hit “Everything’s Magic.” In 2010, AVA released Love and a year later, Love: Part Two accompanied by a critically acclaimed film, Love, which was shown in 460 theaters nationwide during a one-night film screening and live-streamed concert event titled Love Live. The band’s last full-length album was 2014’s The Dream Walker, which hit No. 1 on iTunes and No. 5 on Billboard’s Top Alternative Albums chart.  A multimedia project, the album was accompanied by a graphic novel, comic books and a Blade Runner-meets Harry Potter short film, which won Best Animation at the Toronto International Short Film Festival.

In addition to his work with ANGELS & AIRWAVES, DeLonge created To The Stars, a multimedia entertainment company that creates original content across music, film, television, and publishing.  To The Stars' content plays an essential role DeLonge’s To The Stars Academy of Arts & Science, a think tank of artists, scientists, intelligence officers and technology experts that explore, engineer and educate the public about unexplained scientific phenomena. DeLonge currently has a television series (“Strange Times”) in development at TBS and is executive-producing a 6-part docu-series on The History Channel titled “Unidentified: Inside America’s UFO Investigation."

“After my kids, music has and will always be the most important thing in my life,” says DeLonge. “It’s given me everything - every opportunity and every relationship I have. There is no stronger art form than rock ‘n’ roll to deliver a galvanizing message and at the end of the day, change lives.”